sort by
Categories
Page of 18
per page
< prev
next > 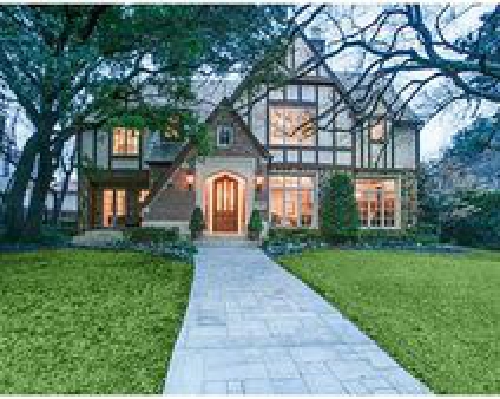 February was another scorching month for the North Texas housing market.

And median sales prices were 9 percent higher than a year earlier, according to data from the Real Estate Center at Texas A&M University and the North Texas Real Estate Information Systems.

The rise in sales came as a result of more properties hitting the market for sale.

New listings were up 20 percent from a year ago and the total number of houses on the market was 4 percent higher — the first such increase in a couple of years.

“We are finally seeing inventory move up,” said David Brown with housing consultantMetrostudy Inc. “At the very end of last year we began to see more people listing their homes.”

Brown said this doesn’t mean the local housing market is about to shift gears.

In February there was only a 2.1-month supply of houses listed for sale with real estate agents in North Texas.

A normal market is considered to be a 6-month inventory.

“We would have to see inventory jump 50 percent before we started talking about a shift in supply and demand,” Brown said. “Up until this point inventory hasn’t been growing because we have an incredible pent up demand.”

So far in 2016, North Texas home sales are up 17 percent from the same period last year.

The median price of homes sold through the real estate agents’ multiple listing service was $208,000.

Brown said the supply of home listings is lowest in the moderate and low-price properties.

Strong job growth and a steady stream of new residents moving in to North Texas have caused a scarcity of homes, which has grown during the last few years.

In 2015, real estate agents sold a record 96,000 houses in the more than two dozen counties included in the Real Estate Center report.

Real estate agents say that the number of homes hitting the market has started to increase as sellers get ready for the traditional spring and summer selling season.

“Yes, the inventory is up a little bit,” said Mary Frances Burleson, CEO of Dallas-based Ebby Halliday Realtors. “But the market is still very tight.

“A lot of people would like to sell and move but they can’t find anyplace to go,” Burleson said.

Some potential sellers who have hoped to see an uptick in inventory may have decided to list their property this year.

“They are saying it’s not going to change so I might as well make the move now,” Burleson said. “I don’t think we are ever going to have the abundance of home listings we once had.”

The number of houses for sale in North Texas is now less than half of what it was six years ago. And median sales prices have risen by almost 50 percent since February 2010.

“I’ve never seen a market like this,” Burleson said.

Real estate agents and market analysts say that home sales would be much higher if there were more houses available — particularly in affordable price ranges.

“We are probably 40,000 units or so shy of where we should be in listings,” said Ted Wilson with Residential Strategies Inc. “As quickly as houses come on the market they are sold.”

March home sales are also likely to be up significantly.

The number of pending purchases in North Texas — houses under contract but not yet sold — is 41 percent higher than a year ago.

Tips on How to Protest Property Taxes 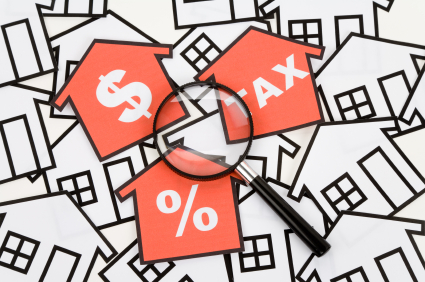 Step #1 Know Your Dates
There are several important property tax dates to remember in Dallas County.

Step #2 Look for Appraisal Notice of Value in Your Mail

Approximately April 30 of each year, DCAD will mail your Notice of Value for your property. You WILL NOT RECEIVE Notice of Value in your mail if your home valuation DOES NOT CHANGE or is LOWERED. Beginning May 1, new property valuations are available from DCAD at www.dallascad.org.

Tip #2 - If valuation issues aren’t resolved with an informal hearing, file for a “formal” hearing with the Appraisal Review Board (ARB). Thus, you will have two opportunities to resolve.

Tip #3 – If you file evidence with your “Notice of Protest,” you may be able to resolve your valuation issue via phone and email conversations.

Tip #4 - You are still eligible to protest, even if you do not receive a Notice of Value in your mail – meaning DCAD did not change your home valuation or it was lowered. It is still a good idea to review comparable sales in your neighborhood to determine if the amount lowered or unchanged reflects current values.

Gather Evidence prior to your Informal or Formal Hearing - Comparable Sales, Needed Maintenance/Repairs and Evaluate the Location of Your Home

Tip #5 Need an Expert Opinion? Ask a Realtor® like Christine McKenny who is able to help you with comparable sales and an expert opinion.

For more information about the process to protest your home’s valuation; visitwww.dallascad.org/

To view a 14 minute video of the process; visit http://www.dallascad.org/ProtestVideo.aspx

Dallas Among the Fastest Growing in the Nation, per Forbes

Mortgage Rates May Be Headed for a Record Low 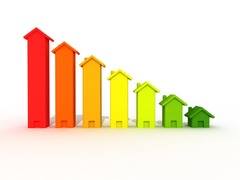 The industry has been concerned about higher mortgage rates in 2016, but so far, rates have been low. And they may even head into record-low territory soon, according to analysts.

About two months ago, the Federal Reserve raised its funds rate for the first time in years. Since then, however, the 30-year fixed-rate mortgage has been dropping.

"Mortgage rates are going down again, and it's good for borrowers, but is it really good for the housing market and the broader economy? The answer is no," said Guy Cecala, CEO and publisher of Inside Mortgage Finance.

Some analysts say rates could even fall into the 2 percent range. “It would help those on the low end but could hurt jumbo loan borrowers,” CNBC reports. “Banks, which generally hold these larger loans on their books, would not want to lend in that environment.” Banks would retreat back to where conforming government mortgages would be cheaper than private jumbo loans, Cecala says.

What’s behind the drop in rates? Investors are flooding into the U.S. bond market, which is leading to the drop in mortgage rates, CNBC reports. (Mortgage rates follow loosely the 10-year Treasury bond yields.)

“Investors are buying bonds as a safety play in a highly volatile and largely negative stock market,” CNBC reports. “Signs of weakness in the U.S. economy, in addition to trouble in overseas markets, pushed the yield on the 10-year Treasury to its lowest level since 2012, and mortgage rates followed south.”

The lower mortgage rates do help home buyers lessen their monthly payments and also to qualify for larger loans – which could help provide a boost to the spring home-buying market. But a weaker economy, on the other hand, mixed with stock market losses and sluggish wage growth can also hurt the housing market.

"Frankly, a healthier economy would be mortgage rates in the 5 percent range, but that's also assuming you could get 2 percent in your checking account," Cecala told CNBC. 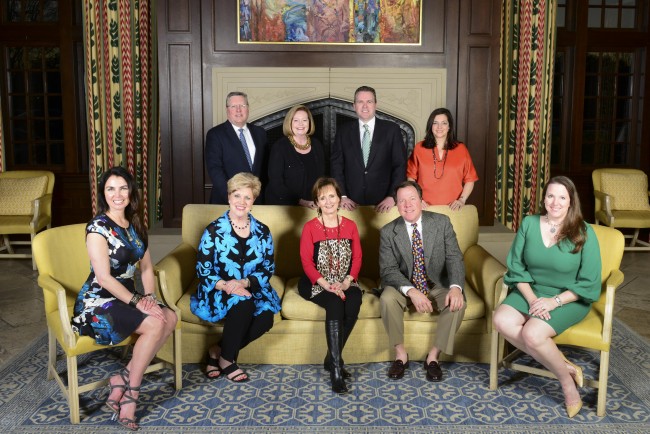 Award show season is not just a celebration of Hollywood’s elite. Every February, right here in Dallas, Dave Perry-Miller Real Estate celebrates the biggest and brightest stars of our industry as well.

Last Thursday evening, February 18, as agents gathered at the Dallas Country Club, firm founder Dave Perry-Miller addressed the room, acknowledging the tremendous achievements of everyone there, including the top producers. The excitement was palpable as results were a closely guarded secret heading into the event.

“The annual awards banquet motivates me to be at the office some mornings at 5:00am and to take client calls until10:30pm, or later,” says InTown Top Producer Brian Bleeker. “We all work hard to be the best at what we do.”

“We celebrate our success this past year as a company with $2.4 billion in sales,” Perry-Miller began. “This evening is our time to gather as a family and celebrate the accomplishments of everyone in this room. You deserve to be recognized for the exceptional level of sales that you created this past year.”

The McKenny Group was proud to take home awards for the following for 2015:

As the evening wrapped up, Perry-Miller reiterated the firm’s secret for success.

“So many firms have mission statements. But how many times do you read a mission statement and then become disappointed, angry even, because it says one thing, but the experience you get is so completely different. What makes all of you in this room exceptional is that you live our core principle — treat other people as you would like to be treated — every day, every month, every year. And look at the results!” 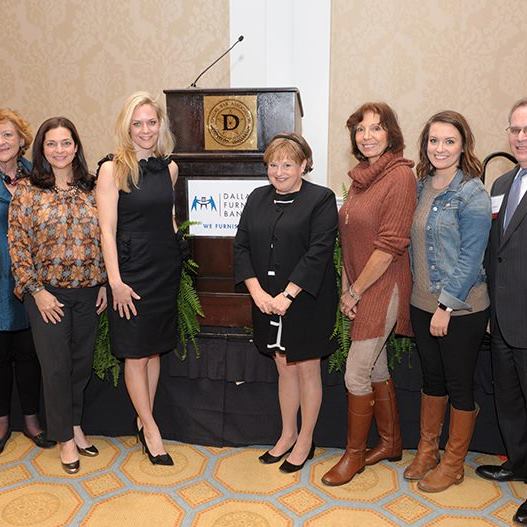 Why stop at getting someone in a new home, when you can help furnish it as well? Our service-minded agents Millheiser Real Estate of Dave Perry-Miller & Associates and McKENNY - Real Estate - Dallas & Park Cities , helped sponsor this uplifting event last week. It was also attended by The Gromatzky Group and Karen Urie. view full post

Dallas Was Voted Best Skyline In The World: from USA Today 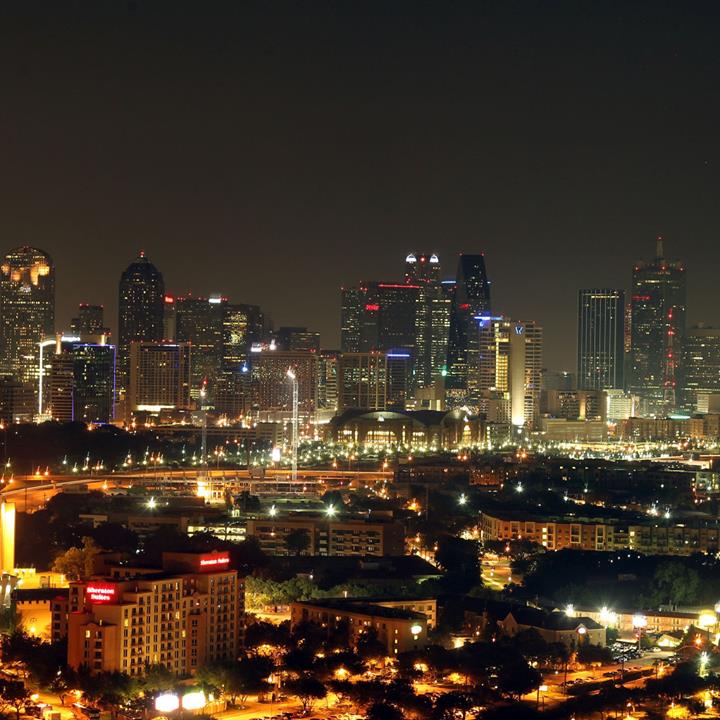 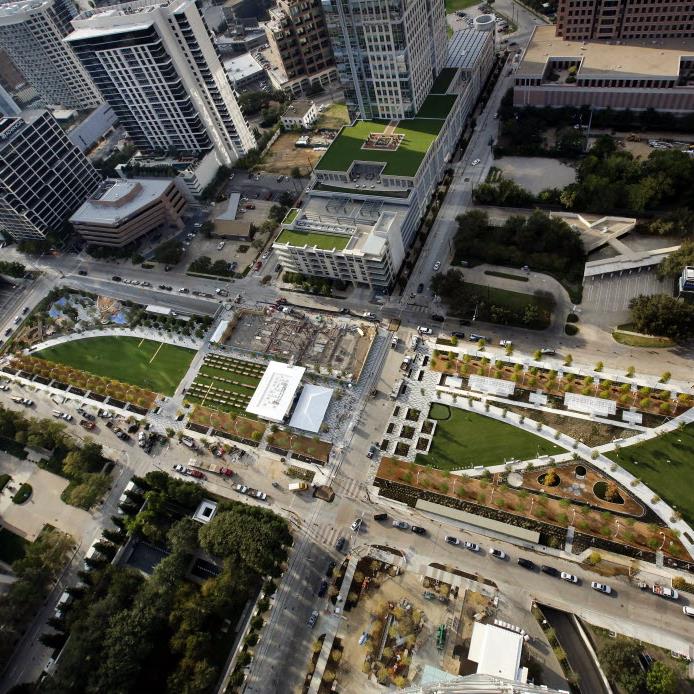 In the few years since Klyde Warren Park first opened over the Woodall Rodgers Freeway, it has become one of Dallas' greatest urban success stories. Now, there is a plan in the… view full post 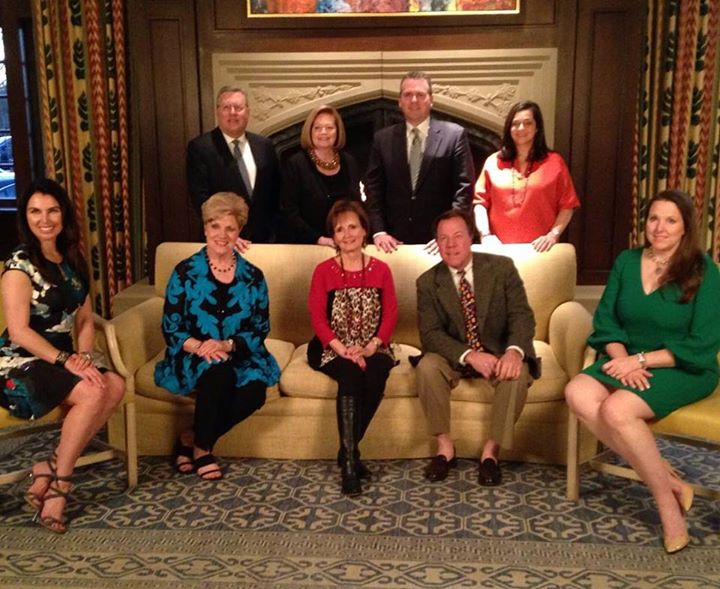 HPISD Board Gets First Look at New Elementary School 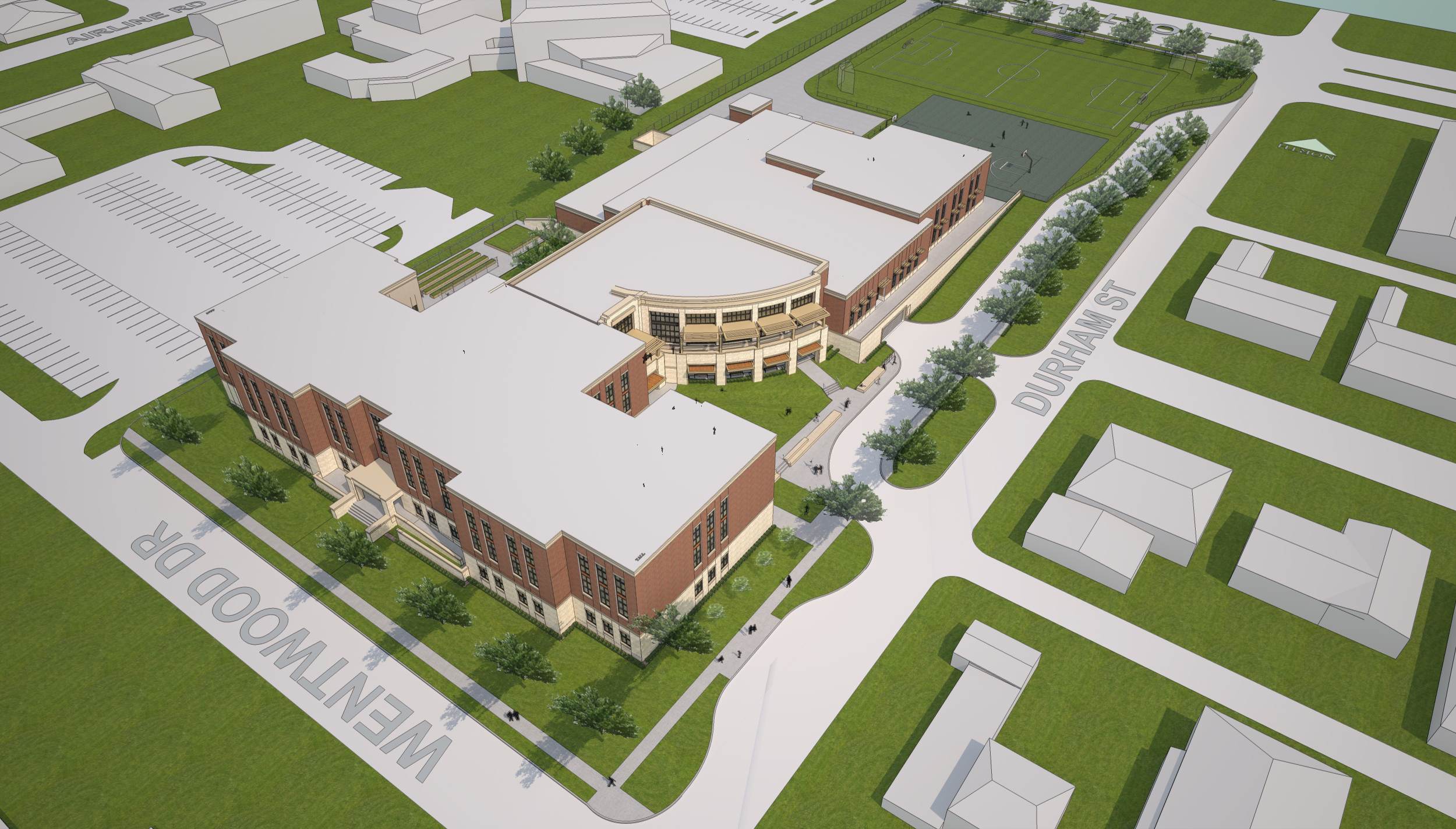 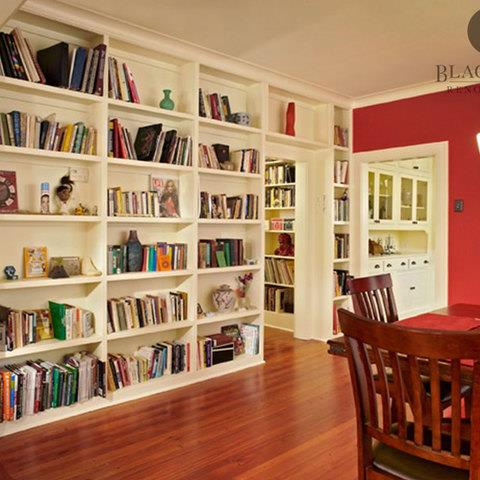 A place for everything, and everything in its place. For many of us, this proverb seems more like a fantasy than reality. So if your home is more nightmare than... view full post 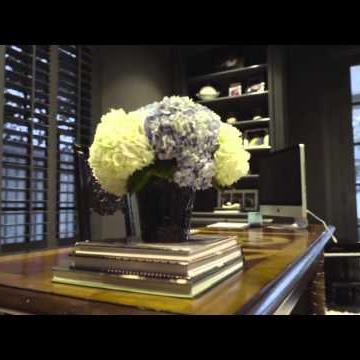 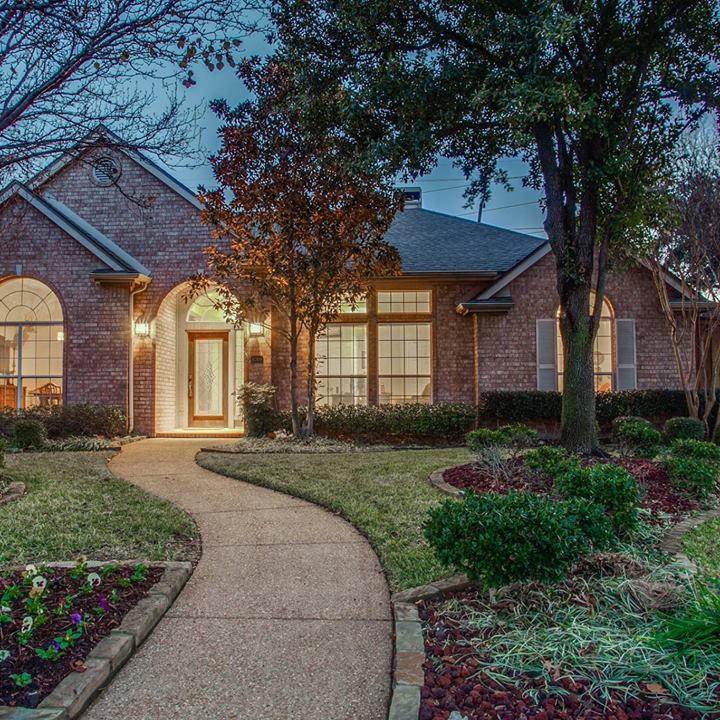 Here are some houses you could fall in love with this Valentines Day! 4 homes open Sunday 2-4pm view full post
< previous
Page 1 of 18
next >